GBP/EUR Rises Above Best Rate Of 1.43

Quote of the day: “A goal without a plan is only a wish”

Data released yesterday morning showed that house prices In the UK had performed better than the forecasted 0.4% in July. After a fall in June which took the annual rate of price inflation to a two-year low, July’s price rise pushed it back to 3.5% YOY which is a level that Nationwide’s chief economist said was close to the historic 4% pace of earnings growth.

GBP/EUR dipped throughout the morning to a low of 1.4193 however made a recovery but struggled to break through resistance of 1.4250. This morning however around 7.45 am, traders began to start pricing in for UK services PMI being released at 9.30am which moved the pair over 100 points. It is now trading in the region of 1.4333.

Investor focus is now firmly on UK services PMI and the Banks of England’s MPC minutes being released on Thursday.

EUR/USD lost support last night due to stock markets in Greece being hammered loosing over 8 billion euros in value. The pair is currently trading around 1.0908.

For the US Dollar, the big event is going to be Friday’s non-farm payroll data release. This will likely set the tone for the Fed’s September monetary policy meeting.

Yesterday afternoon the Royal Bank of Canada released information that will give traders hope that conditions in the business sector are improving. For most of the year growth has been contracting due to falling crude oil prices, however it released the number at 50.8. GBP/CAD is trading in the region of 2.0585. 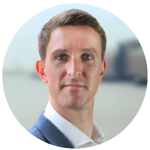