Brexit
What does it mean for you?

The Consequences of Brexit

The departure of the UK from the EU, or Brexit as it has now become universally known will, without doubt, affect every person in the UK in some way and impinge upon most businesses either directly or indirectly.

The preparation for Brexit should have been at least on par with Y2K inasmuch as no one really knows the real damage that will be done to the economy in the short/medium term.

Theresa May resigns as UK Prime minister.
UK votes for EU MEP’s despite Brexit
As it becomes clear a fourth attempt to pass the Bill will fail, pressure builds on the PM to resign.
Prime Minister makes offer to allow MPs to debate a second referendum and other minor concessions provided they pass her Withdrawal Agreement
Cross Party talks end with no agreement
Cross Party talks to find common ground on Brexit.

Get started today with CurrencyTransfer!

There is no doubt that there will be a “Brexit impact” for business, whether that is disruption of your supply chain, dealing with existing customers within the EU or finding new markets. Not all the consequences will be negative but it is vital that businesses are prepared for every foreseeable development.

The most visible effect of the Brexit negotiations so far has been the “Brexit pound” relationship. The foreign exchange market immediately took on the view that Brexit was bad for the UK economy as soon as the result was announced. Sterling fell from a high of 1.5015 to a low of 1.3315 in the month of June 2016 alone and has resided mostly in a range between 1.3500 and 1.2500 ever since. As the negotiations ended and Brussels stance hardened, the market concentrated on the prospect of the UK leaving with no deal. Following the disagreement over the Irish Backstop, a no deal departure became more possible and the pound hit its post-referendum low.

The lack of desire for a no deal Brexit is one of the few matters that Parliament can agree upon although several Brexiteer MPs considered it to be an important bargaining item that the Government should have retained in its “armoury”.

Eventually, we have reached the point we are at with less than a month to go until March 29th. The Prime Minister is still, ever more frantically, trying to persuade EU Negotiators to agree legally binding changes to the Backstop agreement while at home she has been forced to concede to a meaningful vote at which if her proposals are rejected two further votes will take place.

The first will be on Parliament’s approval for a no deal Brexit, then if (when) that is voted down, a vote to delay Brexit entirely. The vote to delay will anger Brexiteers who may try to wrench control of Brexit from the Prime Minister’s grasp. 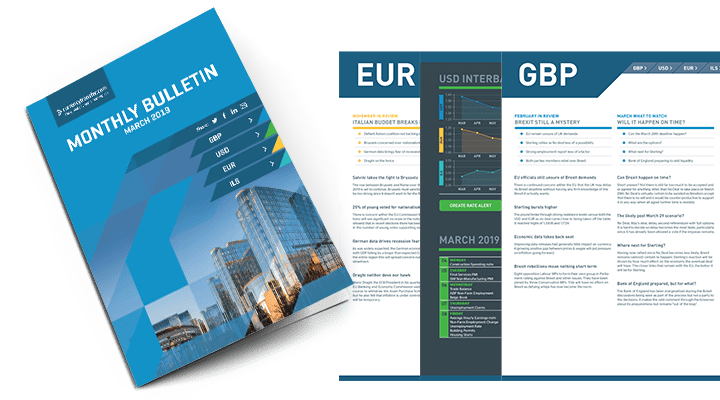 Don’t let Brexit catch you out

Receive expert insights and event updates through emails about Brexit. 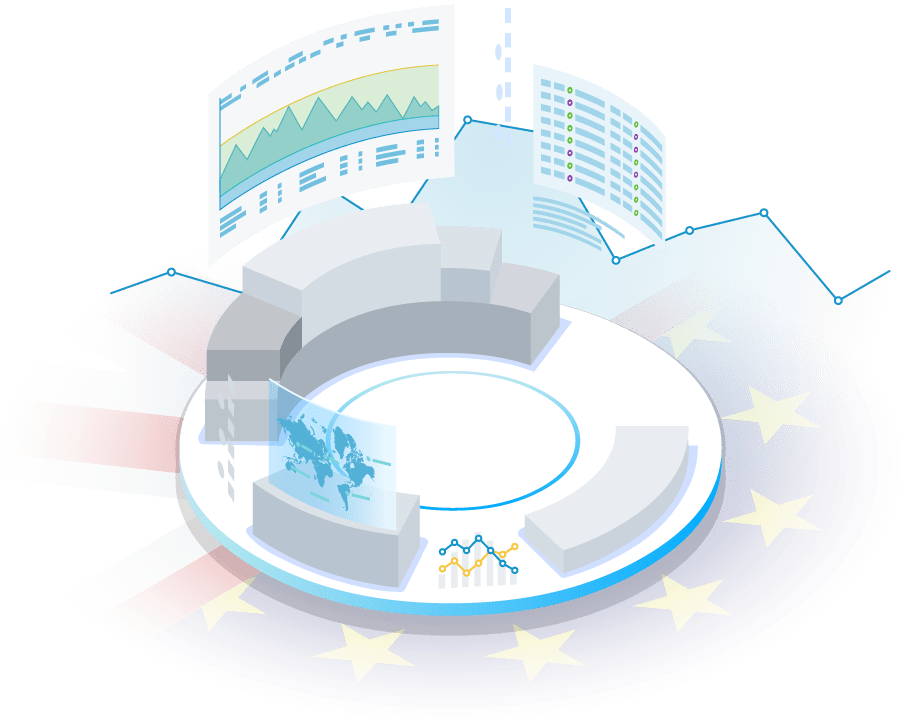 The assessment of risk to your business should have been completed but the most obvious decision should be to mitigate every possible financial risk. If you are a buyer of currency to pay suppliers you should have considered hedging 100% of your exposure as far out as a year. Buyers of Sterling in settlement of foreign currency receipts should have placed orders to ensure the future value of currency receipts.

The Brexit exchange rate impact risks are not equal. A no deal Brexit could see Sterling fall to 1.2000 versus the dollar, while any rally a softer Brexit would be limited by continued uncertainty.

There will also be a “Brexit effect” on the euro, which while not as profound as on the pound will add to the current economic slowdown engulfing the Eurozone. It will pay to hedge exposure between Sterling and the single currency as the outcome following Brexit will be unpredictable.

It is almost impossible to say how long markets will be affected by the fallout from Brexit as the entire UK and Eurozone economic picture will be entering an entirely new and never before seen paradigm.

Get Started
CurrencyTransfer makes it easier, faster, and more cost efficient to transfer money across borders. Get started today!